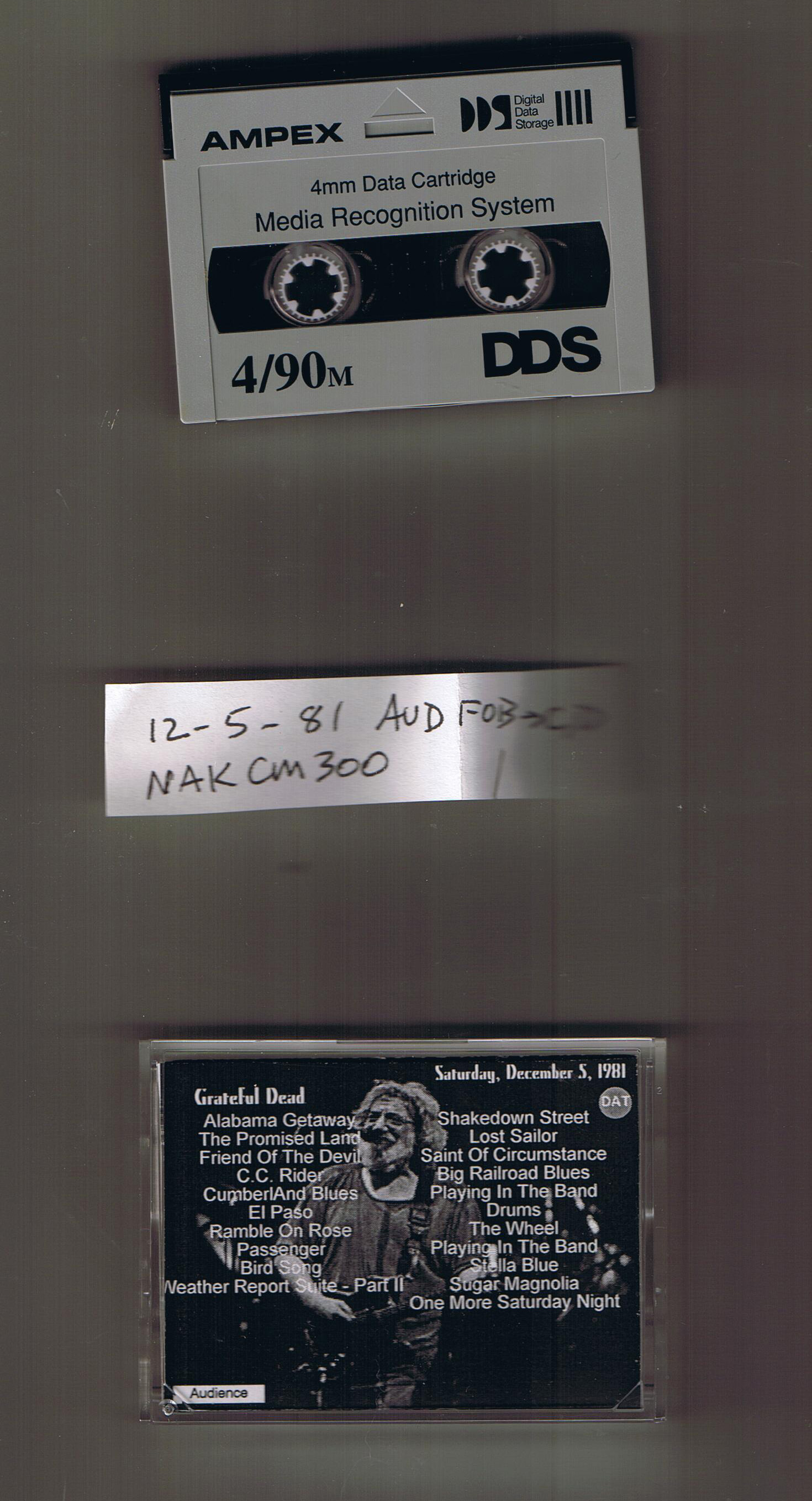 - Friend of the Devil is cut due to somebody kicking cords

About every six months, I come back to this show to see what may or may not have been added for this night - it's that significant a show. And DAMN, what a surprise! I've been waiting thirty-six years for an FOB like this. And now we have it. Unfortunately, there are major and minor technical problems throughout the recording but, at least we have (at times) pristine examples of the best AUD versions of these songs in The Boyz thirty year repertoire.

The first problem is, with this being hand-held, the talking, clapping, and miscellaneous croud antics can be irritating. And some drunken or stoned or insane [or all three] brain surgeon askes the taper "Are you recording?," during a sweet spot in Bird Song. That is very unfortunate. Hopefully, Dave Usborne or another competent mixer can take the SBD and another AUD and clean that 1 1/2 second blemish. It would be a dream to have that song fixed, it being one of the best versions they ever did.

And it seems this unknown taper didn't clean and demag his heads before the show, which at times loses fidelity and bumps occasionally. This is apparent at the outset on Alabama with some momentary sound fluxuations, though the taper may have been playing with the volume. And Big Railroad is marred by a couple of nasty dropouts. I think it's one of the best versions of that song too, and that's very unfortunate. Other than that, it's wonderful having this new upload. Hopefully, another brave and determined taper in the same vacinity might share his copy one day, if there was one. And we can have a composite production of one of the wildest and most intense shows ever done. Thanks Mr. Fishman for this new addition.
Reviewer: sbrew - - January 28, 2013
Subject: WARNING-FYI
The end-of-night Garcia ballad is OBLITERATED with loud babbling. This recording is classic and sounds great but is plagued by loud talkers. In the 1st set there are some small cuts due to people pulling out the cords (and the loud exclamations are bearable and sort of funny). But to have the whole arena quiet down for the Garcia ballad and for some to be seemingly be oblivious to this and babble loudly is just odd and sad.
Reviewer: gotcds - favoritefavoritefavoritefavoritefavorite - August 19, 2010
Subject: Fix to Text File
The text file says that the 44.1 DAT was converted to 48. That was not the case.

I will contact a Llama admin to change this

JRF
Reviewer: Seperation of Dead and State - favoritefavoritefavoritefavoritefavorite - August 18, 2010
Subject: Scorcher...
This was easily the highlight of the tour. This was the last tour where Garcia's voice shined so bright. Everyone knows about the double time CC Rider but everyone may not know about the Mydland solo's during a rare second set Big Railroad! The Bird>Grow to end the first set harkens back to a different more indigenous time. This recording is really off the charts....this is a must have, JF